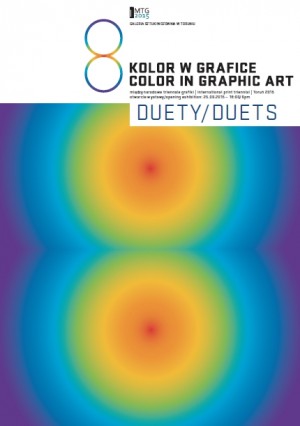 Thirty years have passed since the materialization of the idea to subordinate the presentation of contemporary graphic art held in Toruń to the problem of color: one of graphics’ internal features. This choice was not accidental, it was influenced by an intense debate about the specificity of the language of the graphic medium taking place at the time. Grounded in technique, color was one of the main features setting the medium apart from painting or drawing. Today, while still important, color is no longer such a compelling technical or theoretical issue.

Thus, in 2009 the IGT “Color in Graphic Art” was dedicated to the question of identity and tradition, problems presented and analyzed from the author’s point of view, with the artwork and art history as the references. Later, in 2012, we tried to address the question on how contemporary forms of information/communication influence or alter the human predicament in the light of the problems that the reality of today causes, or in other words: how does an artist participate in reality? As it turned out, reflections on the topic of color became one of the founding mental and theoretical elements for the upcoming digital revolutions. So far, we would usually invite recognized, prominent artists from all over the world – a mode of conduct appropriate for an event with named invitations. In 2015 we wish to break with the tradition. Still, the curator did send invites to renowned figures in graphics worldwide, but this time supplemented with a kind request to “extend the guest list” with one’s younger colleagues – artists. Herein lies the link between the Triennial and two of the core profile features of Wozownia, i.e. promotion and experimentation.

It might prove really interesting to observe which artistic attitudes and formal solutions have been chosen by artists of different geographic, cultural and academic backgrounds. To what extent will this be a continuation of their own concepts, or how much will come from noticing novel, interesting propositions.   As much as the preceding edition constituted a kind of summary for the three decades of changes that have transformed the medium thoroughly, the current one is to open up for propositions of the young artists, most probably, more closely related to the “here and now”, showing new paths for the development of the discipline. We hope that the 8th edition of IGT “Color in Graphic Art”, entitled “Duos”, shall prove that the medium of graphics has still a lot to offer in terms of practice, purely artistic matter, as well as, the crossing point between reality and art. 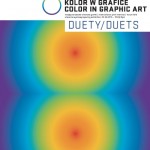 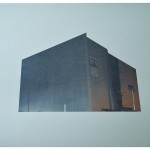 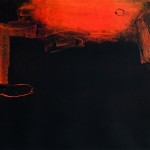 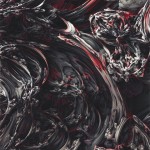 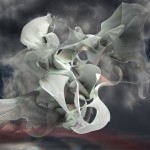 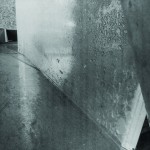