The old Prussian artillery coach house constitutes a unique object within the borders of the Chełm Land: a military-storage building of prominent historical and historic value. The coach house was built in the neo-classical style between 1819 and 1821 on the land purchased by the Prussian government from the city council as part of Toruń’s garrison complex. Cannon carriages and other artillery vehicles were kept here. It is an example of fine embedding of a military object within the architecture of this part of the Old Town.

In the Interwar period, the building hosted J. M. Wendisch’s chemist plant warehouse. Whereas, in 1951 the place was redecorated into a machine room of the national printing house.

In the 1970s, “Wozownia” Art Gallery (at the time know as Biuro Wystaw Artystycznych / Art Exhibitions Beauro, directed by Marianna Olechnicka) had started the effort to appropriate the building (being in a state of ruin) for exhibiting purposes. Renovation work was initiated in 1983 by the Voivodship Conservator-Restorer of Heritage in Toruń, with aid from the Gallery (interior design by Piotr Perepłyś and Danuta Zabłocka). In 1991, following the proposal put forward by Ziemowit Michałowski, the Gallery’s director, at the time, the venue was included in the official register of cultural heritage.

The gallery staff take good (conservatory) care of the old artillery coach house, which is – after all – a historic building. The greatest asset of Wozownia is its characteristic exposition space that makes it possible to display unusual projects.

“The specificity of the Gallery’s interior can be seen in the way the ceiling rests upon rows of dark wooden pillars, branching out at the top. The pillars at the ground-floor hall are tall and monumental, while those of the lower room, on the first floor, are significantly smaller and of more squat proportions. Their dark silhouettes clearly divide the space, they seem to rule it absolutely.

Thus, any action, any exposition arrangement at Wozownia has to take place in reference to the pillars, keeping in mind their pronounced, indismissible presence. Each time, from the very beginning, one has to resolve the matter of how to relate to the pillars – pretend they are not there? embed them into the concept of a given display, and thus, “neutralize” them? or rather take advantage of them and stress their presence? After all, the works exposed and the environment cannot fight against each other; the objects should materialize within the surrounding space on the most beneficial terms possible, i.e. when the prominence of the pillars remains in the background.
Therefore, each time, arranging an exhibition is a different experience, whose uniqueness is based on the particularity of the selected works and their spatial nature – already – in relation to the pillars. There are times when ready-made designs, prepared beforehand, create this unexpected harmony with Wozownia’s context, as if they were meant for it. The situation is yet different, when the pillars are treated as a challenge, as partners with equal rights, for whom, in relation to whom and through whom the works are being prepared, so that they fit Wozownia’s interior specifically – just for this single, particular and non-replicative presentation.” [Text fragment: Marta Smolińska-Byczuk “Belcanto and Petrification” from the exhibition catalog Jan Berdyszak : Pillars and Remains / Galeria Sztuki Wozownia, Toruń 2007 / edited by Marta Smolińska-Byczuk, Mirosław Pawłowski] 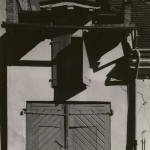 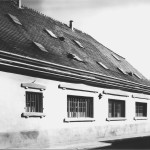 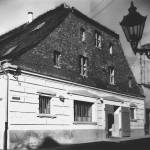 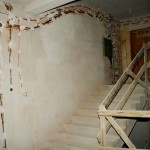 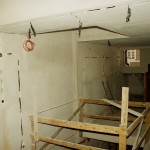 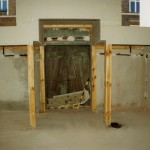 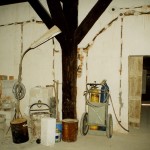 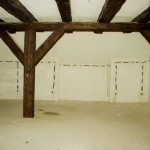 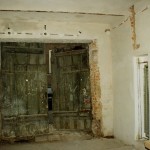 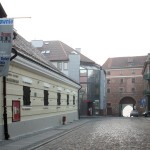 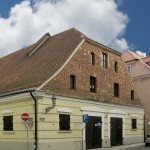 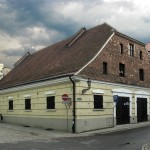