The exhibition by Magdalena Wegrzyn is composed of materials from her residential stay in Australia. She reached into the history of this continent associated with the colonization of lands inhabited by Aborigines. The exhibition’s title refers to the title of the book by Chris Cunningham’s “Blue Mountains Rediscovered: Beyond the Myths of Early Australian Exploration”. This book has become for the artist, among others, the source of quotes to work “Lottery”, which focuses on the theme of crossing the Blue Mountains by the three explorers: Blaxland, Wentworth and Lawson in 1813. The artist compiled in her work various texts about the event – depending on the perspective of their authors. The exhibition consists of videos, animation and objects connected with the stay of the artist in Australia and her exploration of its history and geography.

Magdalena Wegrzyn (1986) – painter, author of installations, PhD student at the Department of Fine Arts, Nicolaus Copernicus University in Torun, independent curator. In 2011 she obtained her diploma at the Faculty of Painting at the Department of Fine Arts, UMK. In 2014 she studied at the Academy of Fine Arts in Helsinki, in 2010 at the Accademia di Belle Arti in Palermo. Scholarship holder: Marshal of the Kujawsko-Pomorskie (2015, 2012, 2010); The CIMO Fellowships Programme (Finland, 2013-2014); President of the City of Torun (2016, 2013); Prime Minister (2005-2006); Minister of Culture and Art (2005-2006); Foundation “Akapi”, 2004. She has participated in numerous exhibitions, individual and collective, in Poland and abroad. In 2015 and 2016 she went for an artistic residency in the Blue Mountains Cultural Centre in Katoomba, Australia, where she realized the exhibition “Error Strategy”. The artist is interested in a combination of visual perception, technology and communication. 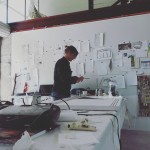 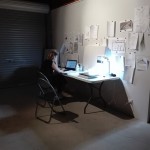 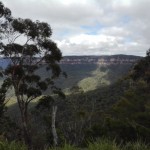 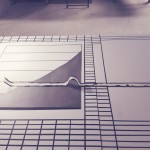 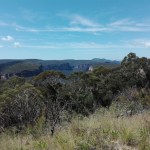