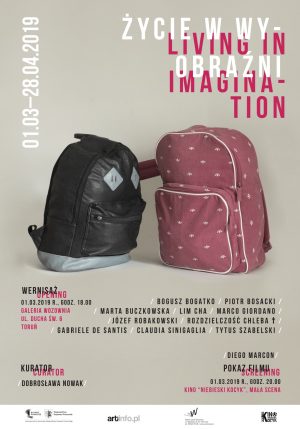 Between the initial ‘Hello, world’ and current tweets, there have been nearly thirty fat, on-line years passed. During that time we are enthusiastically inhabiting the so-called “Global Village”. The term coined in 1962 by Herbert Marshall McLuhan in his book “The Gutenberg Galaxy”, describes the mass electronic media endeavor to overturn time and space barriers and to enable people the mass communication.

The other side of the coin of this epochal achievement is a partial loss of touch with the physical reality. Madness can be explained as the process of losing sensory contact mediated by parts of the body such as ears, nose or tongue. To be crazy means to live entirely and exclusively inside one’s head, to live only in imagination.

Psychologically, an efficient protection from seeing the world in its simplest form (assuming that the “relative value” is assessed by the repetitive measurement) is provided by the great range of defense mechanisms. Classical psychology opts to get rid of patients’ cognitive distortions. It also identifies finding one’s (quasi-)objective truth with his or her mental health. In the book “Illusions that let us live” (1991), authors disprove this thesis. They claim, that the approach, which assumes, that there is a positive connection between mental health and an accurate perception of ourselves and our external reality, is fundamentally wrong. Baumeister (1989) points out that positive illusions often optimize human functioning when their strength is not too great. However, they become self-destructive when they take their extreme form. Author speaks about the optimal range of such illusions. An average, mentally healthy person, will be recognized by a “moderately unrealistic” perception of his or her skills and abilities.

The “liquid modernity”, the descriptive category of the present times, created by the Polish philosopher Zygmunt Bauman, is, above all, a vision of the unstable and uncertain world.
Tomasz Targański in “Polityka” magazine divagates: If the logic of institutions that currently rule our reality is to obscure the truth, does the artworld appear to be its opposite? Michelangelo Buonarroti responds: ‘If a great painter creates a piece of art that seems to be fake and artificial, this falsehood is the truth.’

It would be impertinent to state, that exhibited artists’ attempts to discover if something is, isn’t or “rather isn’t” are a novelty in the field of art. This discourse lasts at least from the antique times. But in the 21st century, it becomes even more important, because it defines our social “to be or not to be” more than ever. In the era of the “post-truth” – the word of the year 2016, according to the Oxford Dictionary, defined as – the superiority of the imagination and emotion that concerns a certain phenomenon over its objective shape – an enormity of individual researches does not surprise.

Referring to the assumptions of the “enlightened catastrophism”, which author, a french philosopher Jean-Paul Dupuy, claims, that “the only one is sure – what is impossible”, it’s worth to take a look at the concept and develop its hypothesis.

Artists invited to the exhibition are interested in borders between the chosen range of reality and unreality. Their works refer to psychological, digital, emotional, visual and, let’s say, general-life boundaries. Each artist express a deepen interest in the subject of borders which coexist with a subtle consent for not ever receiving and not even demanding an answer.

Tytus Szabelski, All that is melted

Diego Marcon_ She loves you 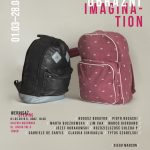